Battery Swapping – does it really work?

What benefits do commercial vehicles have for battery swapping infrastructure?

The popularity of Electric Vehicles is on rise, which can be attributed to the global increase in cost of gasoline, coupled with the stringent governmental policies regarding the global warming and carbon emissions. More and more people in the developed regions like America, Europe, Chinese metropolitans are starting to prefer the EVs over conventional gasoline-powered vehicles because of their environmental friendliness; and this trend has soared from passenger vehicles to the corporate and commercial vehicles too.

Electric vehicles seem to be an ultimate solution to counter against global warming resulting from transportation, which accounts for nearly 29% of global greenhouse gas emissions (US EPA); however, there are some deterrents too. There is a bottleneck in charging infrastructure of electric vehicles, which is inconvenience caused by longer charging times that makes consumers in buying EVs for commercial transportation over long-haul applications.

Battery Swapping as an alternative refueling option. Battery Swapping refers to the quick recovery of the vehicle’s electrical energy by replacing the batteries when they are near to running out.  Under this model, the EV owners only the vehicle and batteries can be rented out from the service operators, thus significantly reducing the issues waiting at charging stations for longer periods of time and also depreciating the cost of the electric vehicles. Tesla, the American EV manufacturing giant has also launched a pilot project for replacing the EVs and developing such battery swapping stations (Schneider et al.).

The battery swapping infrastructure for commercial vehicles has the following advantages:

We bring your ideas to serie production!

Tell us more about your project and we get back to you and present how we could help you!

About offering for the field of Electric Vehicles

The batteries that the drives rent, will be property of charging/swapping station company.

Rapid replenishment of energy i.e., about 3-5 mins, so there is minimal hindrance/delay in operations of the commercial vehicle due to battery drainage.

This can be game-changer for the corporate vehicle, municipality vehicles by reducing the costs and enhancing the pace of electric vehicles

It helps in reducing the sudden spike in load on power grid during peak hours. The batteries can be charged all the time in a unified way, putting constant load on the grid.

The batteries can be swapped with the vehicles (at a threshold) and no change in load occurs during the peak hours. 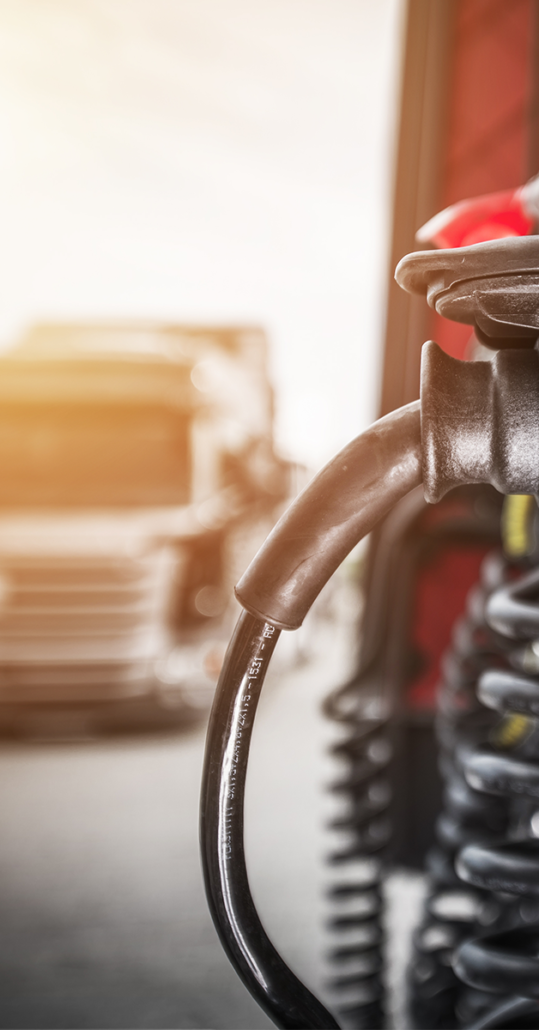 Although, the initiatives taken by many companies to develop battery swapping infrastructure have not been successfully accomplished, but the research and development on the concept is still underway. Literature on the topic indicates that it is the huge initial capital investments involved that is hindering the development of battery swapping stations; the costs of expensive EV batteries also add up to the capital investments.

However, researchers, manufactures and industrialists are again now focusing on developing such a system because the annual global sales of commercial and passenger vehicle are ever high of all times. So, more wealthy countries in the Nordic region, Europe, US and China see the feasibility of developing battery swapping infrastructure for commercial vehicles in order to cut down carbon emissions and meet environmental protection goals.

It is important to note that the concept and application for Battery Swapping based heavy duty trucks which are mostly used for commercial purposes has just started, therefore there are limited researches on operating economy of such vehicles and most studies are done on business analysis model. A study by Yunfei et al. indicates that the battery swapping based commercial trucks can save up to US$ 10,870 per annum in comparison to the diesel-powered commercial trucks; the savings has been calculated by figuring out the fuel-electricity price differences in China. Furthermore, Hewu et al. conducted study based on analysis of battery swapping with reference to the conventional charging mechanism for taxis, which can used as a reference for determining the economies of the battery swapping heavy commercial vehicles too.

Is there a need for Battery Swapping in Sweden?

Some companies in Sweden have already launched battery swapping infrastructures for electric vehicles (mainly personal use vehicles), but there are bright prospects of optimizing the infrastructure for extending the utility for light and medium sized commercial vehicles (i.e., taxis, food trucks, light courier deliver trucks and garbage collection trucks etc.).

Not to even mention, that charging takes time, which leads queues – and that leads to increased overall travel time for electric vehicles. Battery swapping be an faster complement for the traditional charging stations.

The Battery Reconditioner has been designed for integration on either 12V or 24V electrical systems with a patented and proven technology that not only extends the life but also improves the performance of lead-acid batteries.

The Solar One-System Battery Solution helps ensure readiness and reliability no matter how far off the grid you are.

We are here to help and answer any question you might have.

Looking for a specific item, need help to design customised solutions to our commercial vechile application? Maybe you just want to know more about us? We look forward to hearing from you.

Please fill out our form, and we’ll get intouch shortly.

Latest news from the field of commercial vehicles 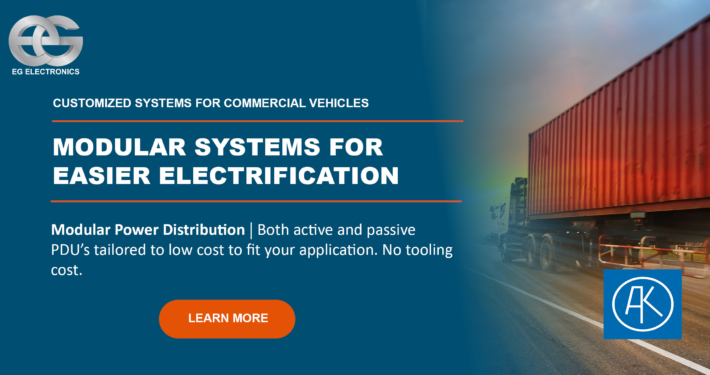